embassy marks a series of Vietnamese events in France | Politics

At the event (Photo: VNA)

Paris (VNA) – The Vietnamese Embassy in France on September 15, a ceremony was held to mark the 76th anniversary of the August revolution in Vietnam (August 19), the national holiday (September 2) and the creation of the diplomatic sector.

Speaking at the event, Vietnam’s Ambassador to France Dinh Toan Thang stressed that Vietnam is proud of its achievements in socio-economic affairs, politics and diplomacy with its partners around the world over the past seven decades.

The 13th National Congress of the Communist Party of Vietnam reaffirmed the country’s foreign policy on independence, openness and proactive regional and international integration, the diplomat said.

Expressing his joy at seeing Vietnam-France relations grow, Thang noted that the nations will mark a decade of their strategic partnership and five decades of diplomatic ties in 2023.

He said he believed the high-level political exchanges in recent months and times to come will create new momentum for bilateral relations. 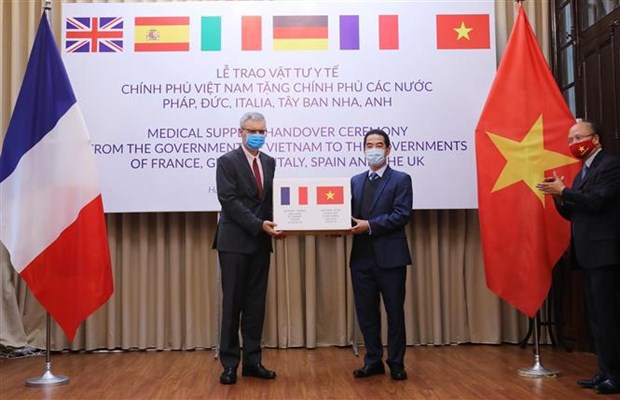 He also mentioned a batch of COVID-19 vaccines donated by France which just arrived in Vietnam a few days ago as an example of the living relations between the countries.

The diplomat said he was satisfied with the development of links between Vietnam and international organizations headquartered in Paris, including the United Nations Educational, Scientific and Cultural Organization (UNESCO), the International Organization de la Francophonie (OIF) and the Organization for Economic Cooperation and Development. (OECD).

He said Vietnam will continue its policy of peace and cooperation for security, stability and development; its respect for commitments to international law, equality and win-win cooperation; and its promotion of solidarity to overcome the pandemic.

Placing people at the center of its actions and goals, Vietnam stands ready to strengthen existing relationships with all partners as well as create new ones for multilateral collaboration, global development, mutual trust and mutual accountability. , said the diplomat./.