Hanoi (VNA) – President Nguyen Xuan Phuc on the morning of August 22, led a delegation of leaders of the Party, State and the Fatherland Front of Vietnam to offer incense and flowers to General Vo Nguyen Giap on the occasion of his 110th anniversary of birth (August 25).

Paying homage to the elder brother of the People’s Army of Vietnam, the legendary general of the Vietnamese nation and the world famous general, they expressed their gratitude to the late general, who devoted his whole life to the glorious revolutionary cause of the Party and of the nation. . 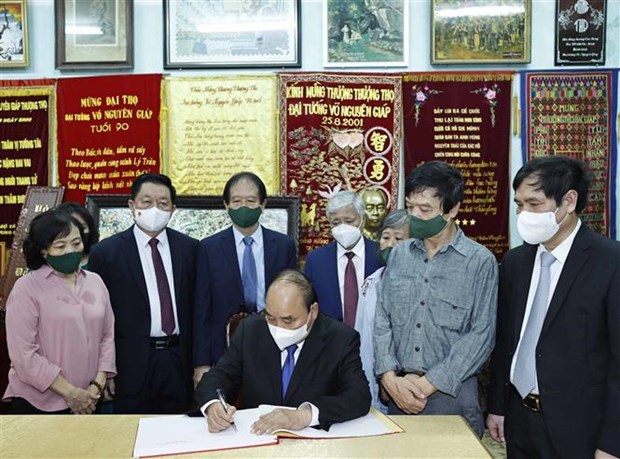 He was previously a member of the Politburo, secretary of the Central Military Commission, permanent deputy prime minister, minister of national defense, commander-in-chief of the Vietnamese People’s Army and deputy of the National Assembly from the first to the seventh terms.

The general, whose military career began with his appointment as head of the first unit of the Vietnamese Revolutionary Army with only 34 soldiers in 1944, led the Vietnamese People’s Army from victory to victory in the war of resistance against the French colonialists then the American imperialists. /.